A downloadable game for Windows

After a nightmare, Eli wakes up to find his fiance missing.  To follow her trail, he finds himself navigating an uncertain future. A future being hammered out between competing visions while he deals with visions of his own.

Very immersive storytelling. The writing and art are the strongest parts of this game. The controls suffer from general clunkiness, as sometimes one click registers as two (though it could be my mouse). I've found that keyboard controls KINDA work, although holding down any of the arrow keys will make Eli jerk around in place. The Space bar doesn't always work as a substitute for a mouse click, however this may be intentional.

I really enjoyed how realistic *most* of the human characters were, and similar the scenarios are to those that we've probably all seen in the real world:

And so many other subtle details, like Club Spider.

It's a wonderful commentary on our present day world, and I just wish it had a less-abrupt ending. The game would benefit from more buildup to the reveal of (SPOILER) being the big bad.

Reply
The Jingo323 days ago

don't you think that you used the "Dream predicting the disaster" trope little too often?

I'd love to see another game or two set in the Affection universe (Affectionverse?). Am I right to assume this is the chronology of the three games: Obsession -> Virmachina -> Affection ?

Thanks! I'm glad you enjoyed it! You are correct in the chronology.

Loved this game, some really great writing.  Would love a really fleshed out version of this story.  Great work guys.

Thanks! That credit goes to fia glas! ;D

Glad you enjoyed the game!

Not sure if I missed something but if I didn't OMG, what happened to Iva? :)

Oh there's more to the story you can escape the monster! just know that double clicking in the same place stops you so it slows you down. 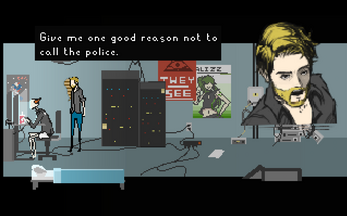 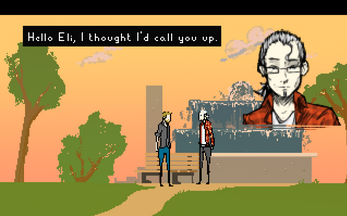 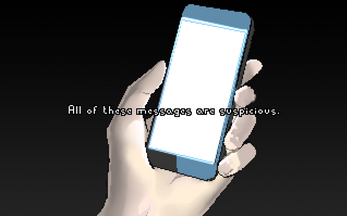 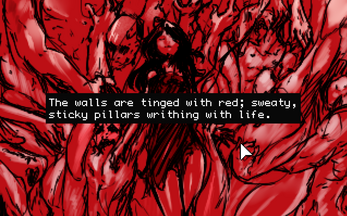